+44 1727 250 250   Apply Now
Announcement
TRAVEL UPDATE: We're open! Where can I go? and answers to your questions about COVID-19
Petrina
Darrah
Petrina Darrah is a travel writer from New Zealand with a passion for responsible travel and gender equality. She has worked in France, Colombia, the Philippines, and Tanzania, and has travelled to about 50 countries in between.
Diving Internship Mahe and Curieuse Marine Conservation Sustainability Travel
0 Likes
Share
Facebook
LinkedIn
Twitter

Coral bleaching in Seychelles: What you need to know In 2019, rising sea temperatures caused a coral reef bleaching event in Seychelles. Find out how GVI’s research centre and volunteer programs in Mahe contribute to monitoring and protecting the region’s corals.

But, what is coral bleaching all about? Let’s find out.

What is coral bleaching and how does it happen? 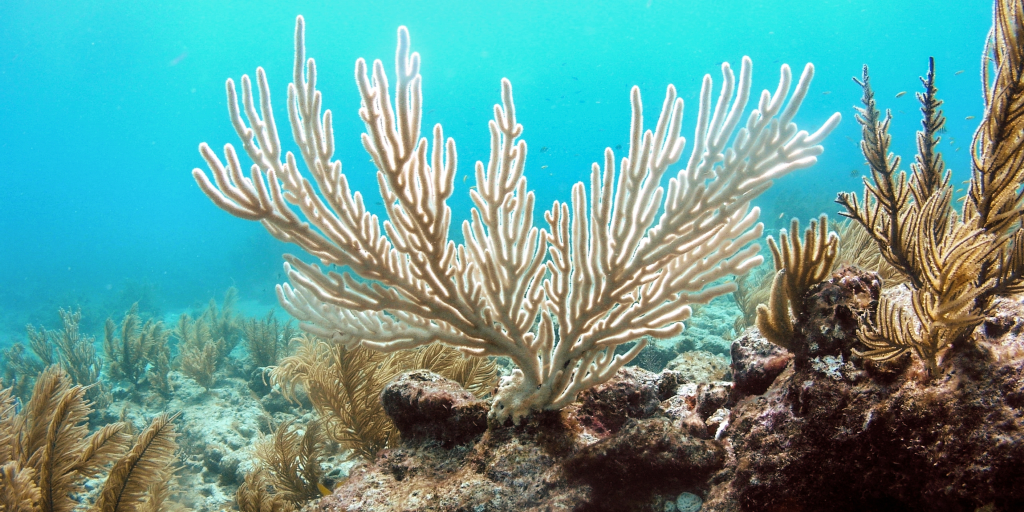 Corals are delicate organisms, sensitive to and easily affected by ocean temperature, overfishing, pollution and sedimentation that clouds the water, and blocks off much-needed sunlight.

When affected by changes in their environment, coral reefs become stressed and expel the symbiotic algae that live in the shells of coral polyps. This causes reefs to turn white, giving them a bleached appearance.

Healthy corals depend on these microscopic algae to survive. The algae feed the coral, and in return, coral polyps provide the algae with shelter. Without algae, corals lose their major food source and eventually starve.

Coral reefs can recover from bleaching, but if the environmental stress continues and reefs are left without algae for an extended period of time, they’ll eventually die.

Warming sea temperatures are the primary cause of coral bleaching. An increase in carbon dioxide in the atmosphere has led to a spike in sea temperatures. This has especially affected the water along the ocean surface.

As corals already exist in tropical conditions near the limit of their thermal tolerance, even slight changes in sea temperature can have a great impact. A rise in temperature of just one or two degrees celcius is enough to turn corals white.

Why is it important to conserve coral reefs? 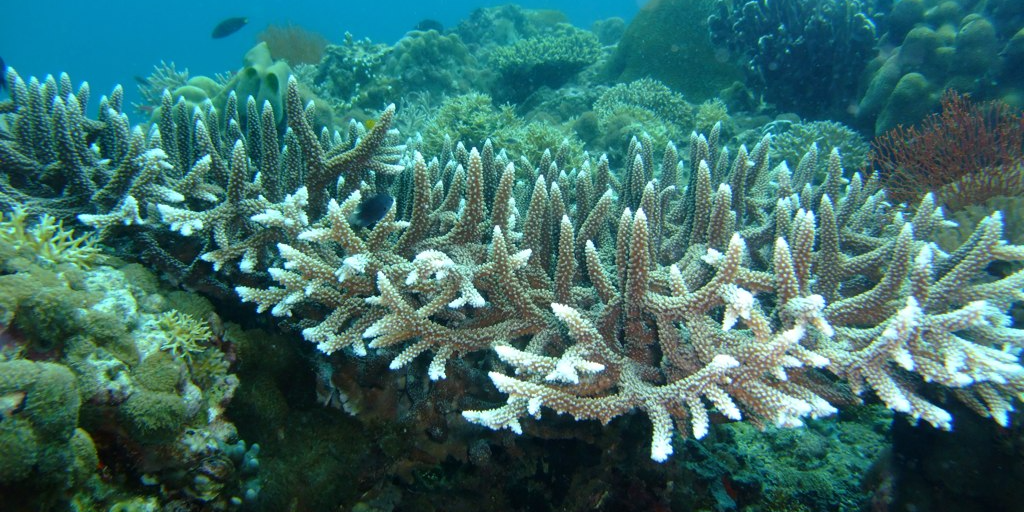 Original photo: “Staghorn Coral (with evidence of Coral bleaching 🙁 )” by SarahDepper is licensed under CC BY 2.0

Coral reefs are the most diverse marine ecosystems on the planet. They might cover only 1% of the ocean floor, but 25% of all fish species will spend at least part of their life cycle in this ecosystem, according to the World Economic Forum.

When corals die as a result of climate change, fish communities in the area also decline. Scientists found that after a mass bleaching event in 1998, deteriorating reefs in Seychelles resulted in a loss of species and reduced fish populations.

As well as providing a habitat for thousands of animal species, people around the globe also depend on fish from reefs. Coral reefs help to generate income by attracting tourists. And, corals assist with coastal protection by regulating ocean currents that cause natural disasters like tsunamis. In fact, more than 100 million people depend on coral reefs for survival. 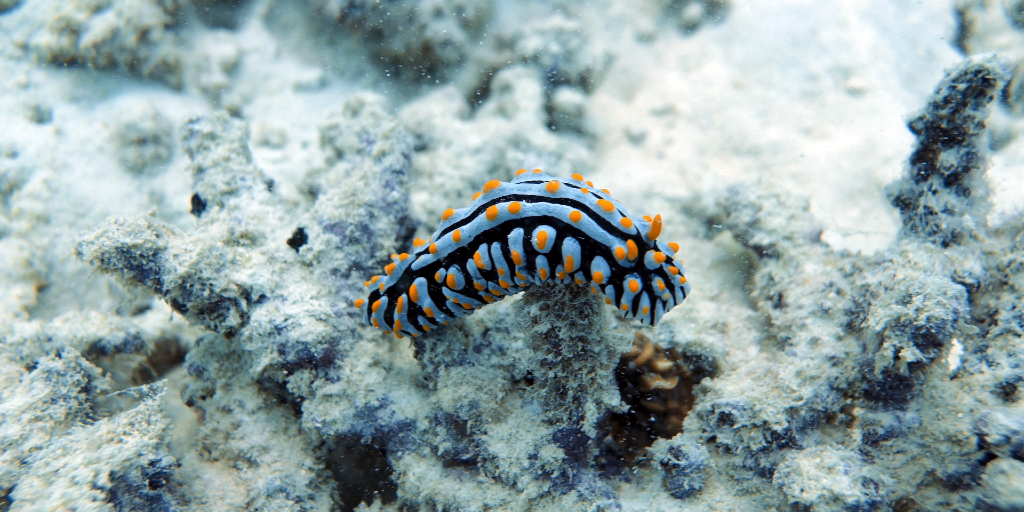 Between March and May 2019, a coral bleaching event occurred in Seychelles. Sea surface temperatures crept up to 31°C and caused widespread damages to reefs in the area.

This event was caused by tropical Cyclone Idai, which delayed rains from moving northward and prolonged hot, summer-like conditions in Seychelles. This meant greater stress for corals.

This is the third significant coral bleaching event to take place in Seychelles’s coral reefs.

Seychelles lost up to 90% of its coral reefs in 1998, during the biggest El Niño weather event ever recorded in the Western Indian Ocean.

For a few months, seawater temperatures rose by 2 to 3°C. This slight increase caused a major coral bleaching event. One of the most notable coral bleaching statistics is that every coral reef in the world was affected by bleaching in 1998.

Another bleaching event occurred in Seychelles in 2016 that affected partially-recovered reefs and caused an almost 50% decrease in hard coral coverage.

Experts predict that unless climate change is curbed, there will be annual bleaching events around Seychelles by 2050.

How can we conserve coral reefs? 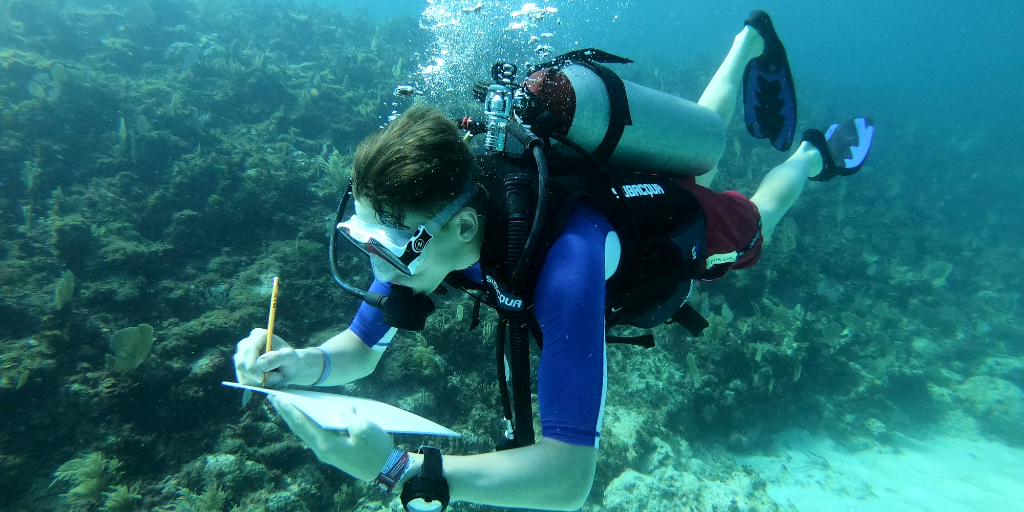 As part of our commitment to achieving the United Nations Sustainable Development Goals (UN SDGs), GVI works alongside the Seychelles National Parks Authority (SNPA) to assist in monitoring coral reefs in the area. The work we do here falls under Goal 14: Life Below Water.

Our activities include monitoring and collecting data on coral reefs, assisting in guiding conservation strategies and adding to the knowledge base regarding this ocean ecosystem.

We also operate volunteer programs and internships that allow international participants to contribute their time and skills to carry out research and other critical tasks in Seychelles.

Volunteering with GVI is a direct way to contribute to coral reef research in Seychelles. Our volunteer and internship programs in Seychelles are also an opportunity to boost your marine conservation or professional diving career.

For example, while gaining your Professional Association of Diving Instructors (PADI) Divemaster qualification, you could learn the techniques needed to survey coral reefs and gain experience in identifying different fish and coral species.

You can also take part in collecting data that our key partners, including SNPA, can use to inform decisions around conservation in the region.

Or, assist our team in studying coral bleaching and contribute to our understanding of how to safeguard corals from bleaching events and encourage recovery. 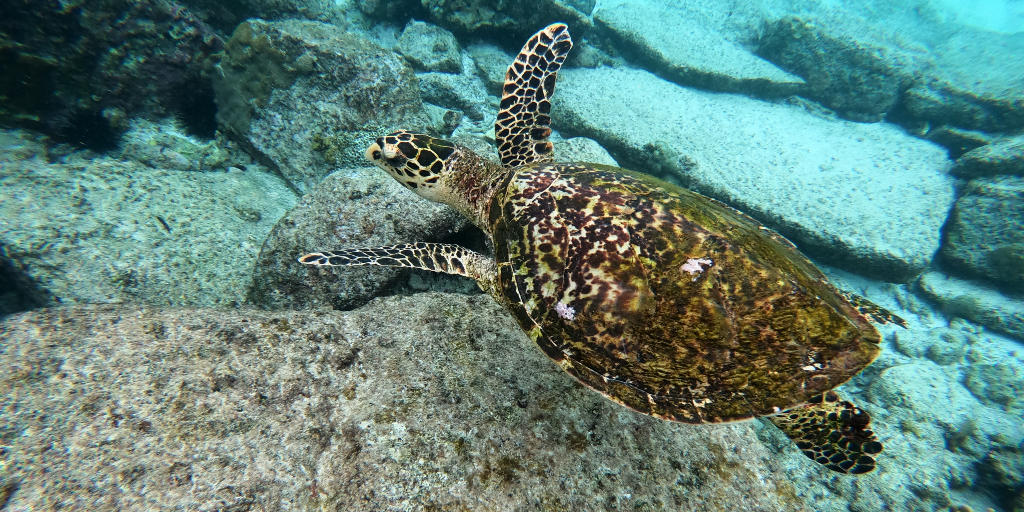 And, your role in coral reef conservation won’t end once you’ve completed your program and waved goodbye to Seychelles. You’ll be taking valuable knowledge home with you too.

Choose to be an ambassador for healthy reefs, and inform your community about coral-bleaching facts and other challenges faced by this important marine ecosystem. Encourage the people around you to join efforts to curb climate change, and add to ensuring a future for healthy coral reefs.

Explore GVI’s volunteer programs and internships in Mahe to find out more about how you can contribute to coral and marine conservation.