Endangered sea turtles: how you can help to protect them

Do you love sea turtles? Are you concerned about them being endangered and want to learn what can be done to protect them?

Marine environments are incredibly fragile, and the sea life that depends on it for survival is increasingly threatened by pollution, human development, overfishing, and climate change.

Marine conservation projects that work to combat these threats are critical. From conducting underwater surveys to patrolling nesting beaches, organisations like GVI are working diligently to bring back species from the endangered list, while working to prevent others from getting there in the first place. 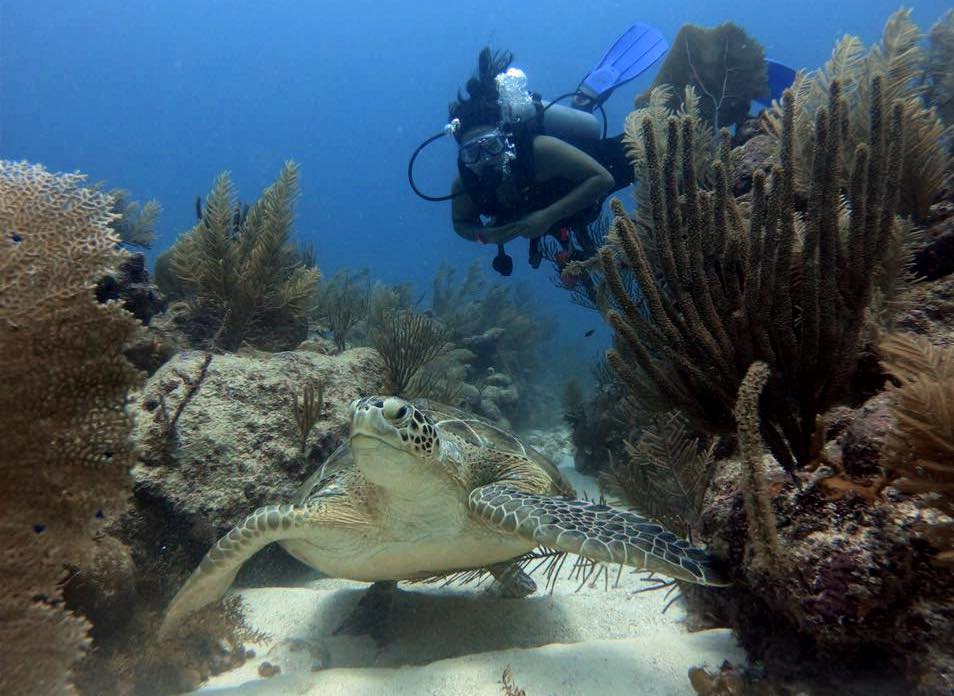 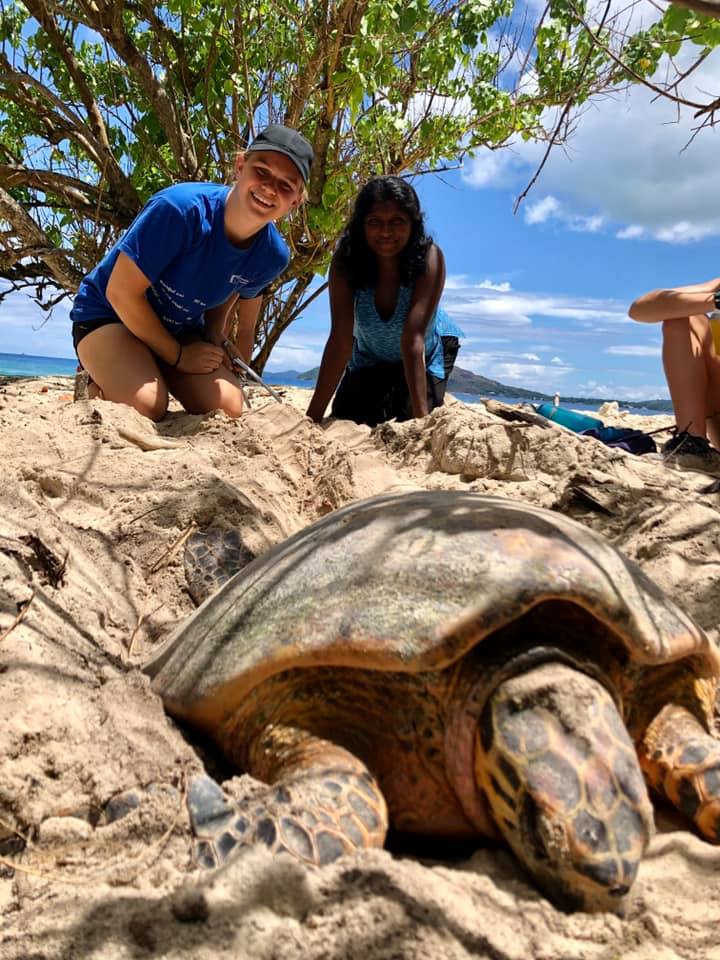 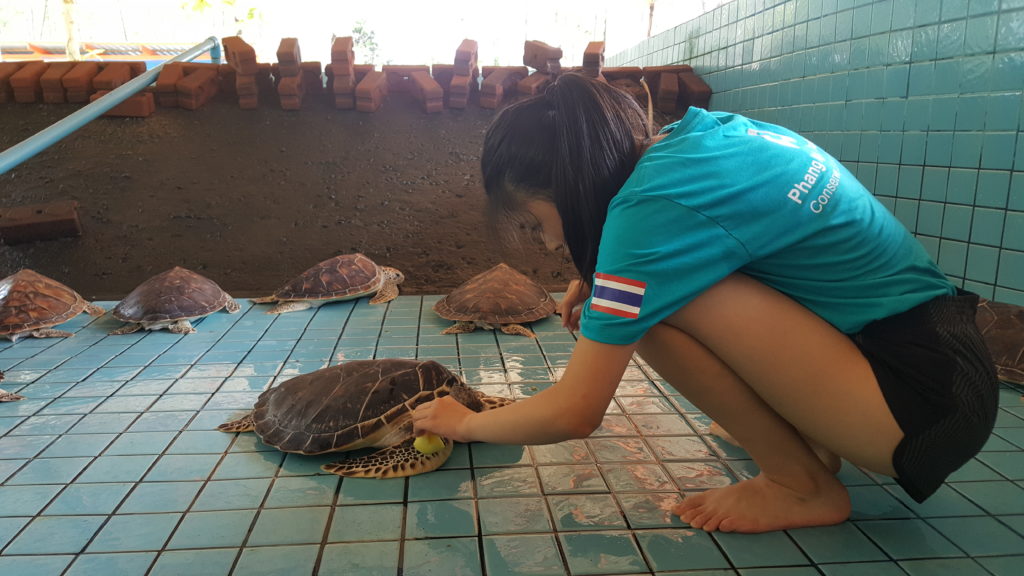 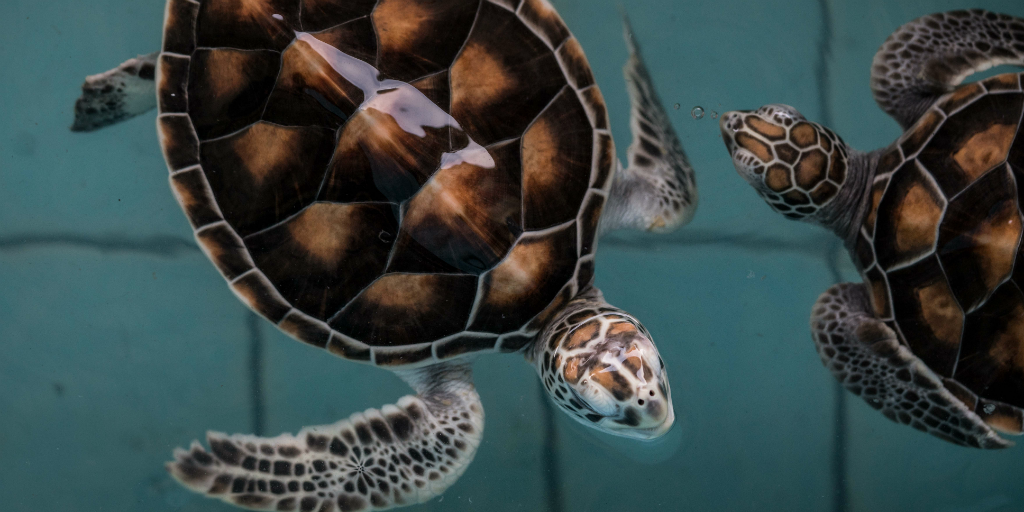 Sea turtles, in particular, are feeling the impact of new threats from humans. Although they face many natural threats from birth to adulthood, adult sea turtles used to face far fewer threats, barring the occasional shark or alligator attack.

For those that do make it to adulthood (approximately 1 in 1,000 hatchlings), they can live for 50–100 years. Today, however, they face myriad threats from humans. As a result, their numbers have sharply declined.

We would all be lucky to see a sea turtle – a creature that has been around for 100 million years – in its natural habitat. Until then, we can admire them from afar and learn as much as we can about them. Here are a few facts about these glorious creatures. 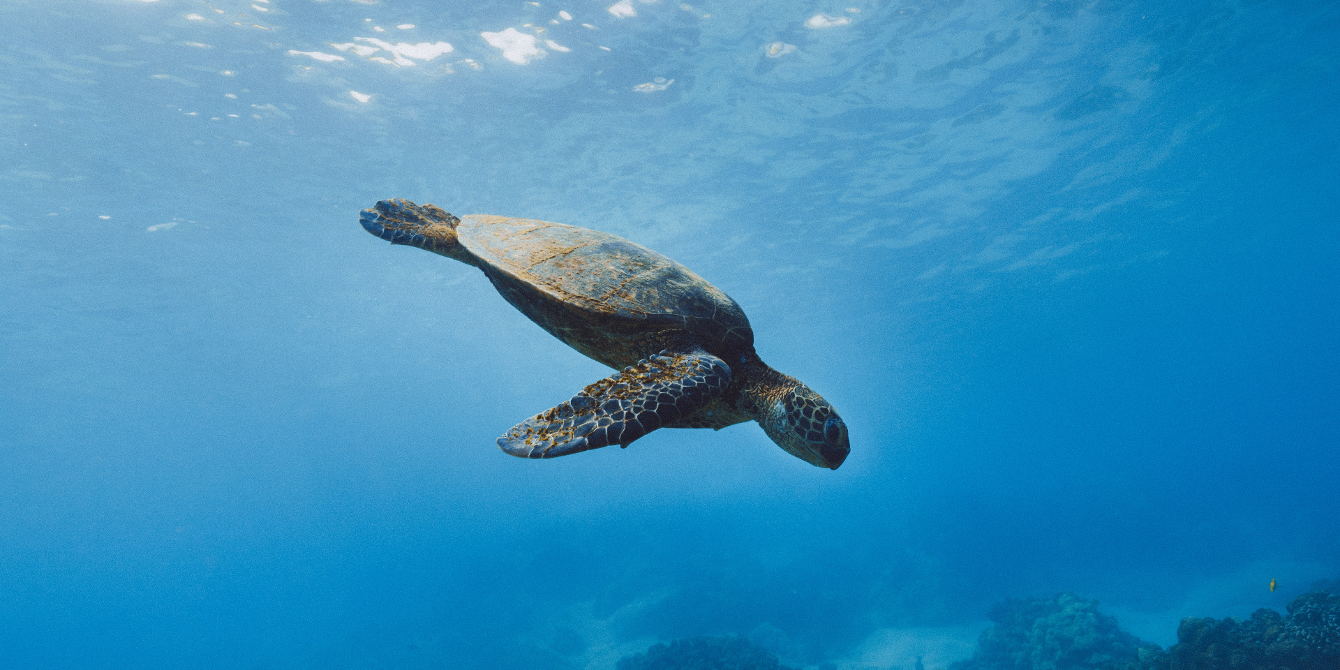 The leatherback is the largest sea turtle species. It can measure between six and nine feet long and weigh in at 2,000 pounds. Their shells are flexible, which allows them to dive to great depths to feast on some of their favourite prey, like jellyfish.

The green sea turtle is the largest of the hard-shelled sea turtles. Adults can weigh up to 350 pounds and measure three feet long.

One of the smaller sea turtles, the olive ridley lives in the Gulf of Mexico. Unlike their close relative the kemp’s ridley, they tend to nest independently. The kemp ridley is the smallest of the sea turtles. Unlike other turtles, they will nest during the daytime, often in large groups.

While the loggerhead turtles can nest 3–5 times during the April–September nesting season, hawksbills are the fastest nest builders. They can complete the process in under 45 minutes. They also eat roughly 1,200 pounds of sponges annually.

Unlike other turtle species, the flatback turtle does not have a curved shell. Moreover, flatbacks only nest in Australia.

The role of sea turtles in the environment

Sea turtles play a fundamental role in the marine ecosystem, primarily by grazing and promoting the health of their environments.

Greens, for example, graze on seagrass beds, which helps to keep the grasses short and encourages them to grow horizontally across the sea floor. As a result, the seagrass beds are better able to support and protect other marine life, and remove carbon dioxide from the atmosphere more efficiently.

Hawksbills with their sharp, beak-like mouths, remove sponges from coral reefs. As sponges compete aggressively for space on coral reefs, removing them allows for other sea life to grow. Without hawksbills, sponges would likely dominate coral reefs and thus limit their growth.

All sea turtles contribute to the health of beaches and the stability of the shorelines they nest on. Their eggs help to provide needed nutrients to the sand. These nutrients promote the growth of vegetation, which in turn helps to stabilise the shoreline. Their eggs also act as a food source for predators.

Why are sea turtles endangered?

Of the seven species of sea turtles, three are listed as either endangered or critically endangered: greens, hawksbills, and kemp’s ridleys. The other four are classified as vulnerable. This means that these species are under threat of becoming endangered unless action is taken to prevent this.

There are a number of reasons why sea turtles are endangered: poaching, overharvesting, illegal trade, climate change, habitat loss and pollution.

Hawksbill turtles are known for their beautiful shells, which are used to make jewellery, guitar picks and other luxury products. While the buying and selling of hawksbill shells is illegal under an agreement signed by the Convention on International Trade in Endangered Species of Wild Fauna and Flora (CITES), this has not prevented their numbers from declining rapidly.

The rising temperatures attributed to climate change not only makes the water warmer, but the sand too. This affects the sex of the hatchlings, as warmer temperatures result in more female turtles being born. Places like the northern Great Barrier Reef are already seeing an imbalance between male and female sea turtles.

Humans are constantly developing – new houses, buildings and coastal roadways. Sea turtles rely on beaches for nesting, and these developments are encroaching upon their habitat.

In addition to land encroachment, the lights from construction sites and buildings disturb and confuse sea turtles. Female sea turtles may choose not to nest on a beach if there is too much light, and hatchlings could wander inland and die of dehydration and predation. Feeding grounds like coral reefs and seagrass beds are also being destroyed by human activities, like nutrient runoff from agriculture, and land clearing sedimentation.

Pollution from plastic or old fishing gear can cause death by entanglement or ingestion. Oil spills, chemicals, and fertilisers contaminate the water and negatively affect the environment the sea turtles inhabit, the food they rely on, and their health.

So how can you help endangered sea turtles?

Work with hawksbill turtles in the Seychelles

On Curieuse Island, efforts to conserve both the hawksbill and green turtles are centred around studying their nests and habits, collecting data such as shell measurements and number of eggs laid, and carrying out nest excavations to measure hatching success rates. 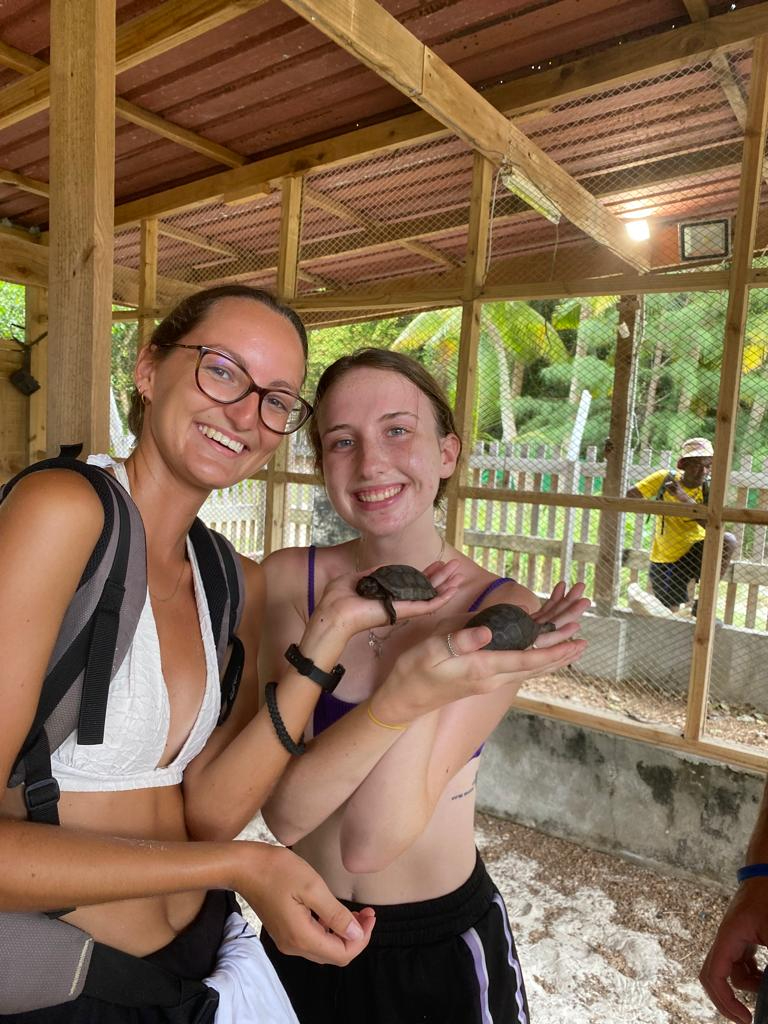 Volunteers assist the Seychelles National Parks Authority in their work and management of Curieuse Island, which is a national park. Volunteers also work to conserve the lemon shark through the island’s catch and release program.

In living on the beachside and learning from community partners, volunteers will experience firsthand how the community relies on the welfare of its coastal environment, and how they’re working to protect them.

Tortuguero National Park is home to multiple endangered turtle species. While working in one of Costa Rica’s national parks, volunteers have the unique opportunity to assist with sea turtle conservation projects. 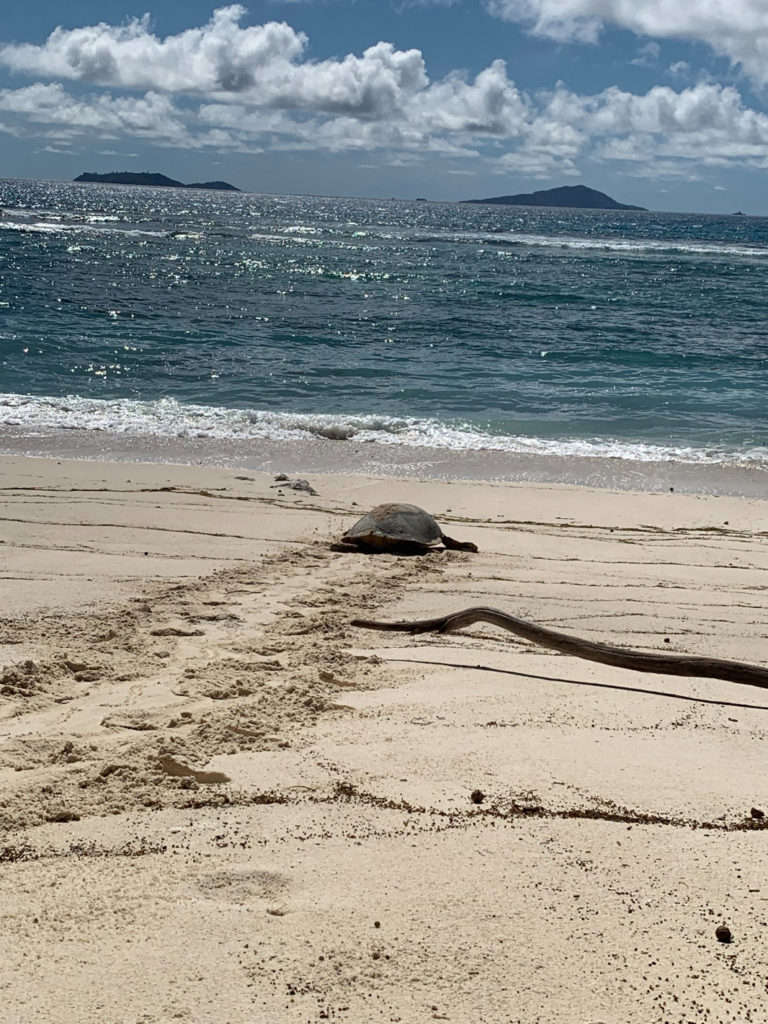 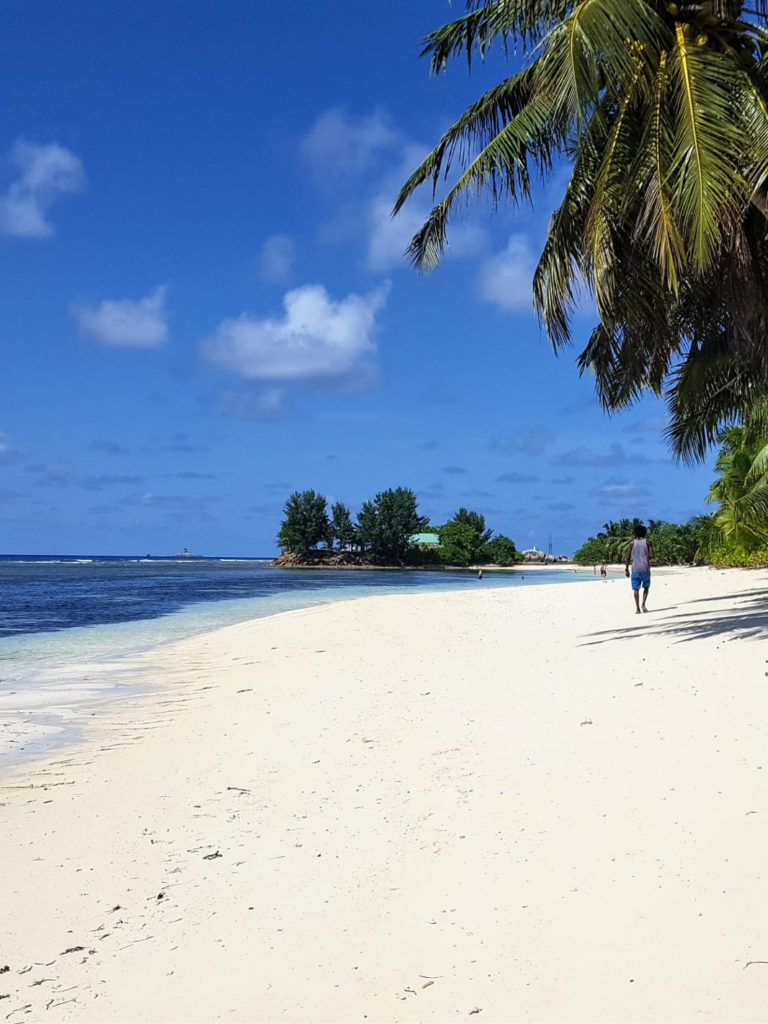 The project is run in partnership with the Costa Rican Ministry of Environment, Energy and Telecommunications (MINAET), and the Sea Turtle Conservancy.

While the specifics of the work depends on the season, volunteers will record the spatial and seasonal distribution of turtles, monitor nest numbers, document levels of turtle and nest poaching, record success rates of turtle hatchlings, and help measure the impact jaguars are having on marine turtle populations.

Thailand is known for its beautiful beaches and its abundance of flora and fauna. It is a popular place for tourists to frequent and is no stranger to habitat destruction as a result. Maya Bay on Koh Phi Phi island has even been shut down to visitors for four months out of each year so that its environment can heal, showing just how fragile these ecosystems are.

Join us in Thailand

The Mediterranean is home to the loggerhead turtle, a vulnerable species that often lays its eggs along Greece’s shores.

The Sea Turtle Protection Society, since renamed ARCHELON, was established in the 1980s by a group of concerned citizens and scientists. They were determined to protect the loggerhead’s habitat, which was increasingly threatened by development, and worked alongside the government to make it happen. 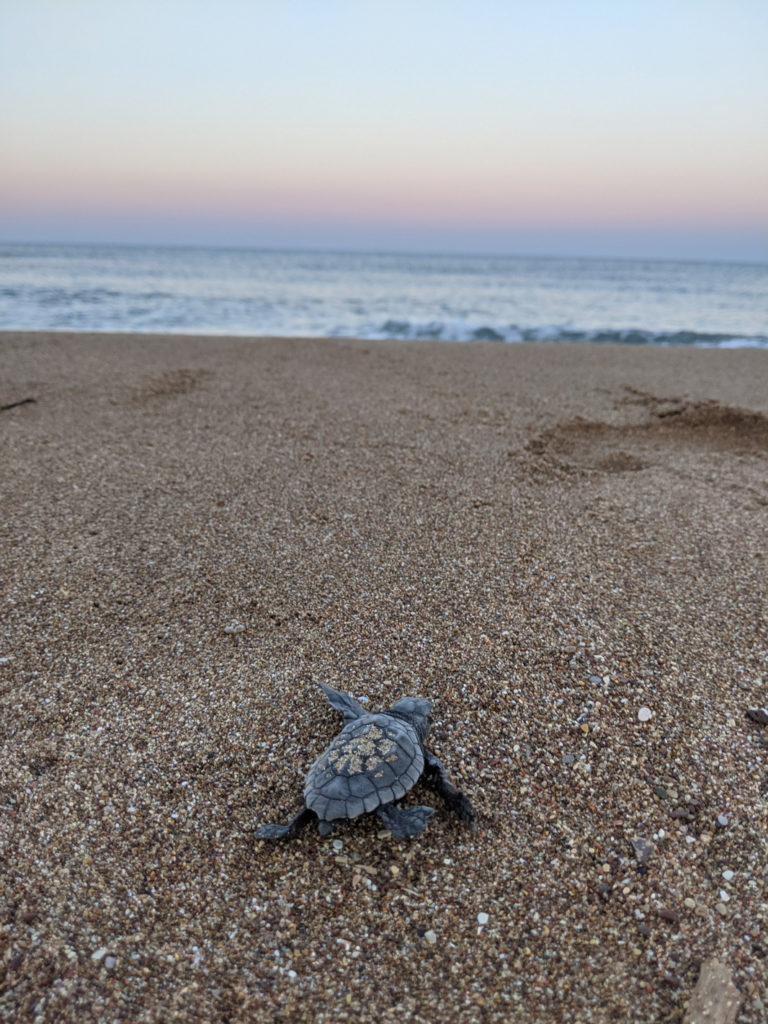 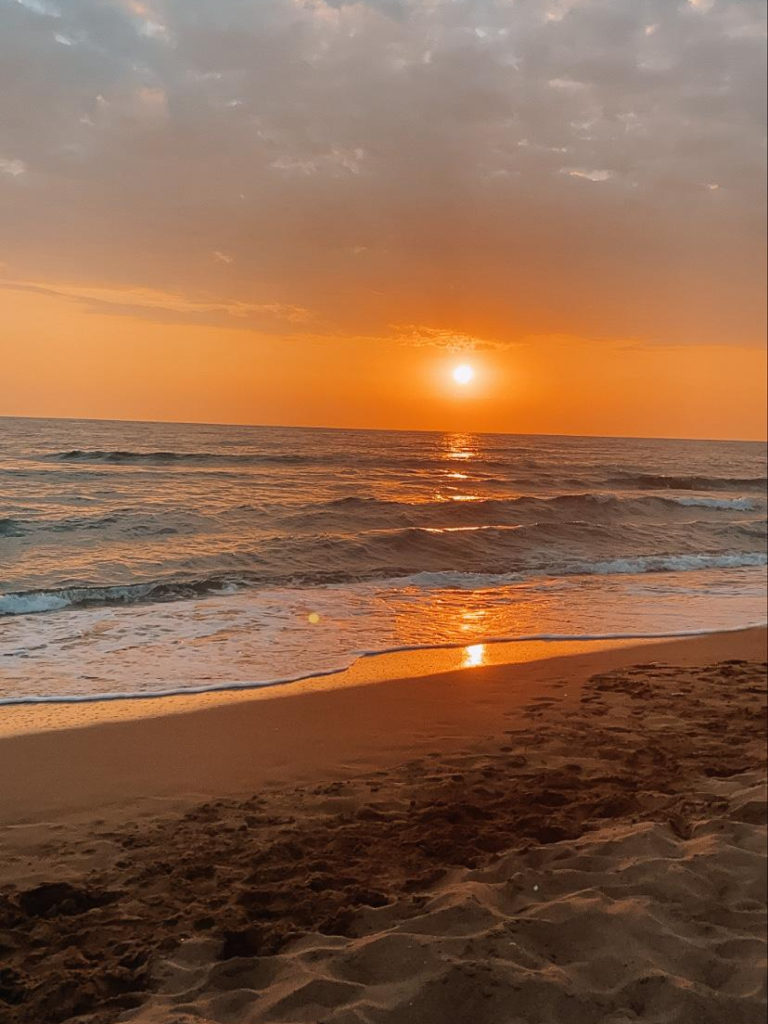 Ready to help sea turtle conservation as a volunteer abroad? Speak to a member of our team today.

Book by 30 November 2022
Share
Apply
what’s up next?
Fun facts about cheetahs

How much do you know about cheetahs? Read on to find out more about the world’s fastest land animal, and why cheetah conservation matters.