+44 1727 250 250   Apply Now
Announcement
TRAVEL UPDATE: We're open! Where can I go? and answers to your questions about COVID-19
Petrina
Darrah
Petrina Darrah is a travel writer from New Zealand with a passion for responsible travel and gender equality. She has worked in France, Colombia, the Philippines, and Tanzania, and has travelled to about 50 countries in between.
Conservation Mahe and Curieuse Volunteering
0 Likes
Share
Facebook
LinkedIn
Twitter 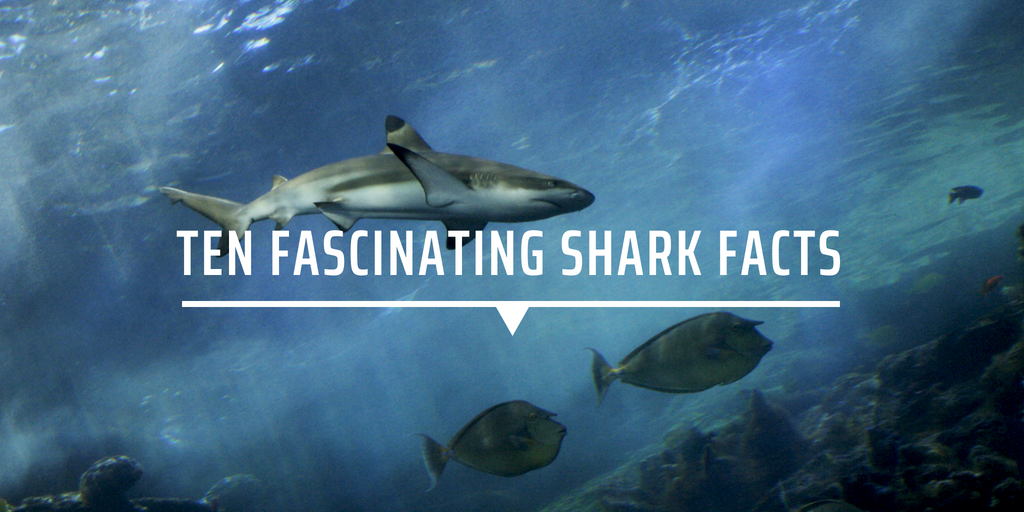 You might know that sharks grow tens of thousands of teeth in their lifetimes, but did you know that the health of the oceans depends upon these giant fish?

Most people have a primal fear of deep water: something that seems only too natural considering that sharks could be lurking in the depths. However, sharks are far from the monstrous killers Hollywood would have us believe. Instead of being a threat, sharks are critical for the health of the marine environment. They are also far less dangerous to humans than humans are to sharks.

Here are ten interesting facts about sharks that might change the way you think about these cold-blooded creatures.

1) Sharks are some of the oldest creatures on Earth

Sharks have been roaming Earth’s oceans for roughly 450 million years. That means they were around for around 200 million years before dinosaurs ruled the planet. In comparison, modern humans only appeared roughly 60,000 years ago.

In the past 440 million years, five major mass extinctions have occurred. Sharks survived all of them. With so much time to evolve, it’s no wonder sharks have become perfect predators. Shark skin is fascinating for a number of reasons. Firstly, sharks are covered in dermal denticles, which is essentially an elaborate term for teeth. Also called placoid scales, the miniature teeth-like formations that coat shark skin are smooth, helping them to glide through the water. They also act as a defense and can tear the skin of attackers.

Adding to the armor-like quality of shark skin is its thickness. Whale sharks can have skin up to four inches thick.

On top of that, sharks have electroreceptors lodged in their skin, which allows them to detect changes in electrical fields. This helps them to locate their prey, as all living creatures emit some form of electrical activity through heartbeats, brain activity, or muscle movement.

3) Sharks can only swim in a forward direction

Sharks have a limited range of motion. They are the only fish that can’t swim backward, and they can’t stop suddenly. Their fins are stiff and aren’t controlled by muscles. This restricts the way they move through the water. If sharks need to reverse, they must depend on gravity to pull them backward.

Shark species come in all shapes and sizes. The dwarf lantern is the smallest species of shark and only grows to six inches long. On the other end of the scale is the mighty whale shark: the biggest shark in the world. This gentle giant can reach up to 50 feet in length. Sharks cannot make any vocal sounds as they don’t have vocal cords. They do communicate via body language, however. Researchers have discovered that sharks swim in zigzags, shake their heads, and butt heads to communicate with each other.

The BBC series Shark took a closer look at communication between sharks and discovered that great whites are surprisingly polite. They use body language to tell each other when they are not a threat.

Some types of sharks have cannibalistic tendencies. Sand tiger sharks eat their siblings in the womb. As many as twelve littermates might be present in the womb at the start of gestation. However, only two embryos survive: typically the first to hatch, or the largest embryo and one lucky sibling.

Cannibalism doesn’t only occur in the womb. When great white sharks are born, they immediately swim away from their mother in case she sees them as prey.

Sharks are crucial for ocean health. As apex predators, they influence both the feeding patterns and ranges of other creatures. Controlling the habitat and populations of predatory fish is vital for the health of coral ecosystems.

As shark populations decline, so does the health of coral reefs, according to Oceana.org. In the absence of sharks, the mid-level predatory fish they prey on have greater reign. These fish then feed on herbivores and reduce their populations. Fewer herbivores means algae can take over and the entire balance of the reef system is thrown out. Shark conservation projects are therefore critical to entire ocean ecosystems. 8) The biggest threat to sharks is humans

While great white shark attacks have long provided horror film fodder, humans are far more of a threat to sharks than sharks are to humans. On average, only four people are killed from shark attacks each year. In stark contrast, people are responsible for the death of roughly 100 million sharks per year.

To put those numbers differently, for every single human killed by a shark, humans slaughter 25 million sharks.

9) Shark populations are declining even in the most pristine environments

Researchers discovered that overfishing has impacted shark populations even in remote Indian Ocean Islands. The Chagos Archipelago looks to be free from human impact at first glance, but under the water is an entirely different story.

The islands’ population of silvertip sharks was 93 percent smaller than predicted. Despite having survived for millions of years, sharks are now struggling to find refuge in our oceans.

10) Sharks are being killed faster than they can reproduce

One of the most significant factors behind declining shark populations is their slow reproductive cycle. Just like people, sharks are slow to grow to maturity and produce few offspring, often with long gestation periods.

For example, the Greenland shark reaches sexual maturity at 150 years old. It goes on to enjoy the longest lifespan of any vertebrate, living up to 400 years. While this is more extreme than most other shark species, slow reproduction overall means they can’t easily bounce back from high mortality rates.

Shark fishing, typically for fins – a delicacy in China and Vietnam – is the biggest factor behind shark deaths. Bonus fact: You can help work toward shark conservation

If you’re concerned about the wellbeing of sharks and oceans in general, you can do something about it. Through GVI’s marine conservation programs, you can lend a hand to compile research and protect vulnerable marine critters. One standout option is to spend some time in the glorious Seychelles while you dedicate yourself to lemon shark and turtle conservation.

A volunteer program not only lets you get stuck into conservation work but will teach you more about sharks themselves. There is so much more to these ancient creatures than these ten facts.

Find out for yourself why sharks are some of the most misunderstood but fascinating beasts in the ocean. Check out GVI’s marine conservation volunteering opportunities today.