The diversity of Kampong Cham: An insight into the Cham community

Introduction: The city of Kampong Cham

Kampong Cham- the third largest province Cambodia and the base of GVI Cambodia- boasts a beautiful riverside front, a variety of colonial French architecture and stunning Cambodian countryside. What is particularly unique about this city is its small but buzzing Cham community that sits apart from the 97% of the population that identify as Buddhist. The Cham communities’ diaspora is concentrated between the Kampong Cham province and Southern Vietnam, including provinces such as An Giang and Ho Chi Minh City. Whilst working on my program I embarked on a one-month project to research more about the largest community, located here in Kampong Cham. 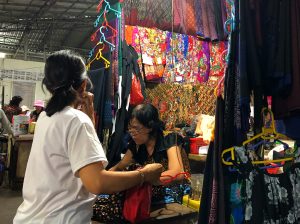 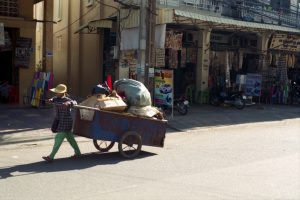 The History of the Cham community

The Khmer Rouge attempted to recruit the Cham during their struggle with the Khmer Republic whilst, simultaneously, the Cham were singled out for particularly brutal repression under the Khmer Rouge regime with many murdered. By the early 1980s, the Khmer Rouge eliminated approximately 125,000 Cambodian Cham.

The Cham community in Cambodia has a population of 288,000, which is only 2% of the 15,000,000 people that live here – these figures accurately express just how disproportionate these communities are.  The Cham village here in Kampong Cham homes around 70 – 100 families, all of whom worship the religion of Islam and make up part of the religious minority group in Cambodia – Cham Muslims.

My research into this community began by exploring the vicinity of the Cham community: located just five minutes from our base in central Kampong Cham.

Through discussions, interviews and observation of the community, it is clear the predominant employment for Cham men is agricultural: working in rice farming and cultivating crops whilst the women work predominantly in weaving or as shop owners, providing Cham dress wear or groceries. 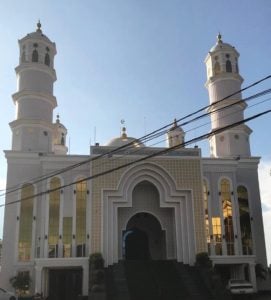 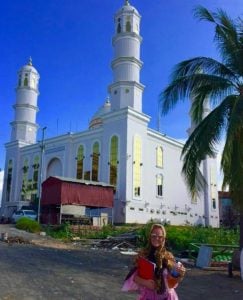 Much like the rest of Cambodia, the practice of Islam is a central feature of the Cham community. In the centre of the community sits the splendid Masjid Phum Roka. This is a hub for the community in which children play and men gather to discuss important topics in the community. With five prayer times each day, this mosque was alive and busy at all hours: showcasing the vibrancy and culture of the Cham people.

It is an interesting phenomenon that the isolated Cham community sit among ancient Buddhist temples and a thriving Buddhist calendar of festivals, practices and holidays. My focus during my research became to investigate possible tensions between the two communities. Undertaking interviews from senior members of the Cham community including the local Imam and school directors to your average restaurant owner, my findings suggest no clear or apparent tension between these communities in Kampong Cham.

International relations and the Cham Community

Having created tight bonds in the community, I presented my findings to the GVI team. Being a small and new hub, I believed that the next step could be to establish a relationship with this small and buzzing community, in the hope that GVI could go against the grain and offer support to the Cham people as well as to children living in the mainstream areas of Kampong Cham. GVI will now be prioritizing its work with the Cham community and will continue researching where they can support best.

Understanding and researching into these communities has been an exciting and rewarding process. Both have such different beliefs, culture and even languages, but live in peace with each other and respect the fact that their differences are what makes beautiful Cambodia such a diverse and complex country. 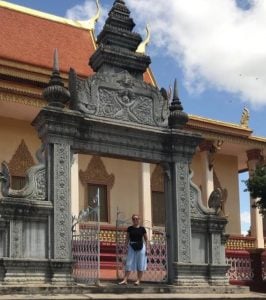 Make it happen
Share
Apply
what’s up next?
Top 5 things to do in Cambodia

Keen to travel to Cambodia and tick off all the top things to do? Discover ancient temples and charming towns to unique experiences and volunteering opportunities.