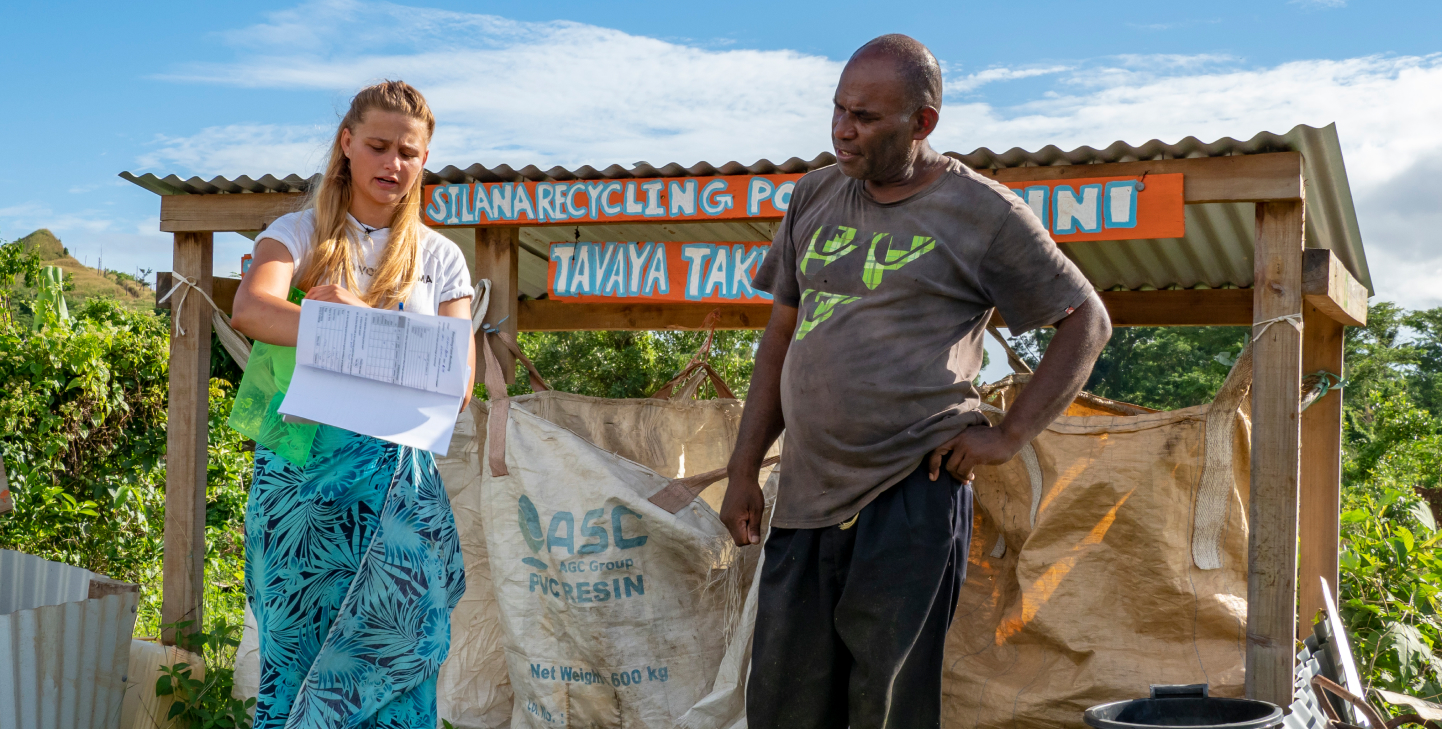 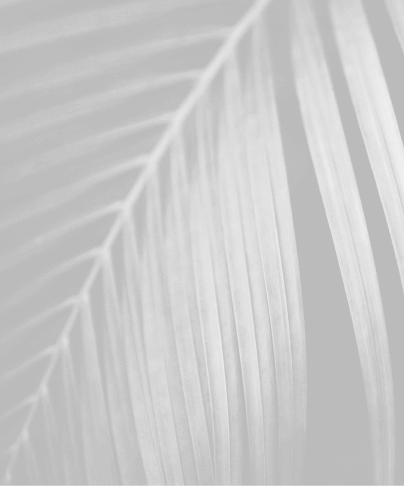 Work alongside communities to conserve habitats, ecosystems, and species.

Interns on community conservation projects will learn how successful long-term conservation projects require engaging with, and providing benefits for, local communities – bridging the gap between science and local communities. Taking an inclusive and participatory approach, community-based conservation places the perspectives of people who have always lived alongside wildlife and used indigenous knowledge at the centre, simultaneously restoring ecological integrity and driving local prosperity.

Our programs contribute to world-class research that is leading the critical fight against biodiversity loss.

We pledge to do good only through meaningful, considered action that can make a proven difference in the world.

Using the UN’s SDGs as a framework, we’re committed to conservation solutions that are built to have a lasting, positive impact.

What is community-based conservation volunteering?

Community conservation aims to protect biodiversity through the collaboration of local communities and different stakeholders, such as authorities, researchers and scientists, working together to conserve habitats, ecosystems, and species.

What are effective examples of community conservation projects?

How are communities involved in conservation efforts?

What activities are conducted at GVI’s community conservation programs?

Engaging effectively with communities requires a solid foundation of trust based on mutual respect and an understanding of priorities. As an intern working with local communities, you’ll have the opportunity to develop sustainable strategies for the use of resources and conservation of landscapes, seascapes and associated fauna and flora – including endangered species and protected habitats and ecosystems. Examples of activities we carry out in our community conservation programs are:

What kind of internship tasks will be performed by participants specialising in this focus?

Which UN SDGs will participants contribute to?

Does GVI work with specific partners, and are specific goals being supported?

We work with local communities, government institutions, and NGOs, and support the activities of our partner institutes.

Supporting the local communities and villages that surround Lokobe National Park, in Madagascar we also work to preserve the Lokobe forest (the last remaining primary rainforest on the island). Plants and animals found in the area include ylang-ylang, orchids, palm trees, lush ferns, panther chameleons and black lemurs.

The island of Nosy Be has an estimated population of around 115,000 people.  The Sakalava people make up the majority of Malagasy residents and Sakalva Malagasy is the main dialect spoken on the island. The population where GVI’s base is located is approximately 400. There are also significant Indian, French, and Italian populations on the island, with the main religions being Christian and Islam (which are evenly split near Nosy Be). While elsewhere in the country the predominant religion is Christian (at around 95%), all religions are integrated with traditional beliefs, known locally as Fomba Gasy.

The main income streams in Nosy Be are fishing, tourism and agriculture (the main crops being coffee, vanilla, pepper, ylang-ylang and sugar cane). With the aim of preserving some of the last remaining primary rainforests in the country, local communities and villages have joined together to form their own locally-managed area. Interns on our base will be involved in documenting traditional locally-managed areas, local traditions and customs, and resource use patterns. Interns can also assist with teaching and capacity building for local staff and community members. Tasks could include conducting biodiversity surveys, education and awareness activities, or engaging in teaching, women’s empowerment, and health programs.

Our focus in Chiang Mai is supporting the Huaypakkoot Elephant Community Foundation. We conduct behaviour studies of elephants and documentation of local biodiversity.  The area is known for its deciduous forest, gibbons and Asian elephants.

Huay Pakoot is home to around 400 people, with  the small Karen hill tribe village situated in a remote mountainous area. This close-knit farming community has been located in the same area for over 300 years. Following the principles of Buddhism, the people of Huay Pakoot also hold traditional Animism beliefs. As a result, elephants have particular spiritual significance. Due to the increase in urbanisation and a ban on logging, traditional elephant-keeping practices have changed over the years. In order to make a living, many villagers now rent their elephants to tourist camps. There are currently sixty elephants owned by families in the village, with the majority working in Chiang Mai’s elephant camps.

There are, however,  eight elephants (​​four adult females, one bull elephant, and three juveniles) that are an integral part of village life in Huay Pakoot. Mahouts (elephant keepers) are responsible for feeding, walking and bathing their elephants. As an intern, you’ll learn how to monitor elephant behaviour and health, and source elephant medicine from the forest – knowledge that has passed down from generation to generation. On an internship program in Chiang Mai you will primarily be engaging with Mahouts and local school children, to conduct environmental awareness workshops.

Commonly-caught fish include snappers, trevallies, groupers, barracudas and triggers. While the region has extensive coral reef and mangrove ecosystems, the coastal and marine systems have been impacted by a series of natural disasters, including the 2004 tsunami, cyclones and bleaching events. Marine megafauna found in the region include leatherback turtles, olive ridley sea turtles, hawksbill sea turtles and striped dolphins.

Ban Nam Khem (meaning “Place of Salty Water”) is a small village on the Andaman Sea in southern Thailand. It’s estimated that less than 5,000 people live in Ban Nam Khem,  with about 85% practicing Islam. The main source of income for the population comes from a rubber plantation, a small-scale fishery and providing services to the tourism sector. The local industry remains relatively undeveloped with an overriding dependence on traditional fishing, supplemented by seasonal small-scale arable farming, livestock keeping and opportunities in the ecotourism sector. With approximately 2,000 people involved in fishing, both men and women play an important role in fishing activities. While men go out on fishing trips, women are involved in cleaning, gleaning and sales of fish in local markets. Interns in Phang Nga will be involved in documenting local fish catch, beach cleanup activities, documenting coastal wildlife and understanding patterns in the use of local resources.

Silana is a small fishing village in the Dawasamu District of Tailevu Province. The people of Dawasamu depend on the land and sea for subsistence, with their lives inextricably linked to the environment and their natural resources. The village way of life that has existed for generations still exists, with villages still headed by chiefs and run by village headmen. As a result, the importance of protecting these resources through sustainable management is crucial. Fish are an important source of nutrition and livelihood for the community. iTaukei women fishers prioritise fishing for their families as it provides their main source of protein. The waters surrounding Silana are home to a variety of fish species, including giant trevally, Spanish mackerel and coral trout.

You’ll learn the art of handline fishing, reading the tides, feeding times, and breeding patterns – knowledge that is ingrained in iTaukei culture. You will primarily be engaging with iTaukei women fishers – assisting with monitoring daily catches and marine conservation initiatives such as surveying corals, beach cleanups and providing environmental education and information regarding marine debris.

How can I work in community-based conservation programs?

You can look for opportunities on our website where you can participate in community-based internships. On these programs participants work in collaboration with local communities on conservation activities.

What is a participatory approach in a community conservation program?

A locally curated selection of extra activities are now included across our programs.

Connect with the Karen people's culture

Forage for forest medicine with a village elder

Sleep under the stars alongside Asian elephants

Read up on our articles

Lemon sharks and their role in the marine ecosys...
GVI

By signing up for this email, you are agreeing to news, offers, and information from GVI and our partners.
Click here to visit our Privacy Policy. Easy unsubscribe links are provided in every email.