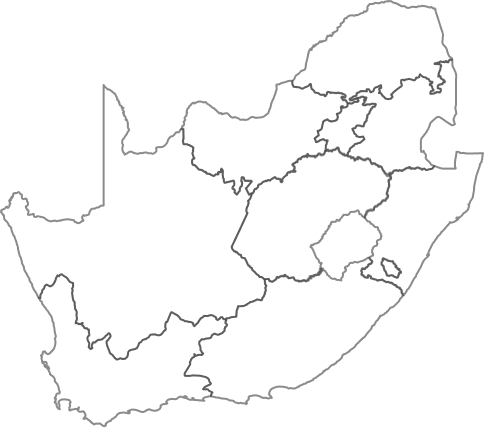 Experience the thrill of close encounters with elephants, lions, cheetahs and rhinos while working on conservation projects in the South African savannah.

Work in a private game reserve, and refine your fieldwork skills with invaluable wildlife and animal volunteering and internship opportunities in a country defined by its vibrant diversity, unique habitats, and friendly people.

Using the UN's SDGs as a framework, we've made a commitment to positive, constructive and sustainable impact.

You'll spend your days exploring some of the world's most breathtaking, exhilarating and remote wildernesses.

It’s dusk. As the sun dips behind the treeline, so does the temperature. The scent of the breeze changes. It’s a wild, electrifying smell – animals are on the move. A small group of rhinos, prehistoric and oddly graceful for such big animals, approach a drinking hole. To your left you can hear a cacophony of cracking trees as a herd of elephants push through the bush looking for food. A leopard, agile and graceful, disappears into the undergrowth. And somewhere nearby: the roar of lions preparing for the hunt, closely followed by the dangerous mischief of a hyena’s laugh.

Welcome to South Africa, and your chance to work with and live among some of the world’s most beautiful, thrilling – and vulnerable – wildlife, as part of one of GVI’s wildlife conservation volunteer or internship programs.

We offer two types of volunteer or internship opportunities in South Africa: conservation programs in Limpopo and community development programs in Cape Town.

This page focuses on our conservation programs. We specialise in:

If you are interested in our South Africa community development work, visit our GVI People site, where we offer programs specialising in:

Our wildlife conservation programs aim to protect the unique savannah habitat from the impacts of biodiversity loss, climate change, and illegal poaching and animal trafficking.

These programs allow you to contribute to the preservation of ecosystems vital to the health of the African continent – and the planet – while learning valuable practical research skills and gaining first-hand knowledge of this incredibly diverse and special environment.

These are programs for nature enthusiasts or thrill-seekers who want to dedicate their gap year, safari holiday, or career break to meaningful conservation work that makes a direct and positive environmental impact.

You can either join a more generalised wildlife conservation volunteer expedition or a volunteer program that specialises in a specific animal:

This is an opportunity for you to learn from the best, and build valuable professional networks.

South Africa is a country on the southernmost tip of Africa. Famed for its temperate climate and beautiful coastline that stretches across two oceans, from the tropical Indian to the frosty Atlantic, its habitats include forest, savannah, desert, and the unique Cape fynbos biome. It’s one of the most biodiverse countries in the world – and one of the only places where the natural world’s most elusive and charismatic animals can still be found in the wild. Besides South Africa’s famous Big Five – lion, leopard, elephant, buffalo, and rhino – South Africa is also home to approximately 297 mammal species, 858 bird species, and over 20,000 plant species.

Limpopo is one of South Africa’s northernmost provinces, and home to the famed Kruger National Park – which is easily accessible from our base.

Our Limpopo base is located in Karongwe: a private game reserve offering the quintessential safari experience, and a must-see travel destination for wildlife enthusiasts.

As a wildlife conservation volunteer or intern in Limpopo, you will live in the heart of the African savannah, surrounded by big cats, elephants, rhinos, buffalos, and everything in between.

Travel to the south-west coast of South Africa and join a team of community volunteers in Cape Town. Visit our GVI People site for more information on our community development programs.

GVI is committed to adhering to the highest level of ethical best practices throughout all focus areas. We are governed by our ten ethical principles and five human empowerment principles. We also hold a badge of ethics – our dedication to continuously reflect on and improve our policies and practices.

Every GVI wildlife conservation program is planned and implemented in collaboration with local partner organisations – creating solutions that will have a lasting impact and can eventually be maintained without external support. Our partners in South Africa are the Endangered Wildlife Trust, Elephants Alive, and the Karongwe Reserve Management Team.

GVI’s wildlife volunteer programs are aligned with the United Nations Sustainable Development Goals (UN SDGs). Each of our wildlife or animal conservation programs is aligned with at least one UN SDG.

We also employ both environmental impact and science officers on the ground to ensure that our projects are up to date with the latest conservation best practices and most rigorous scientific standards.

As part of our efforts to run our programs as ethically and safely as possible, all of our wildlife volunteering programs are governed by both a strict stance on animal interaction and our robust health and safety practices. In this way, our expert staff ensure that animal conservation volunteering activities are safe, ethical, and impactful.

You can read about the work we’ve done with the help of volunteers like you in our Impact and Ethics Report.

Who can volunteer with wildlife in South Africa?

Whichever category you fall into, we’ve got a wildlife or animal conservation program that can help you live a wilder life.

Who qualifies as a wildlife volunteer or wildlife intern?

You do! We don’t require any pre-existing qualifications or certifications.

Extremely safe. We take every precaution to make sure our participants live and work safely, no matter where they are in the world. We have trained support staff on hand 24 hours a day to ensure that all participants across all our programs are well taken care of.

You can speak directly to one of our enrolment officers or alumni, who can answer any and all questions you might have about life in South Africa, life on the GVI base, or the experience of volunteering with wild animals.

Who will I live with?

You will work alongside GVI volunteers of all ages, from all over the world. This is an opportunity to meet people from a range of backgrounds. Our international team of GVI staff will be at every location to guide volunteers throughout their time on our programs. On community-based projects, volunteers work closely with local community members.

Do I need to know any other languages to volunteer in South Africa?

Most people in South Africa are fluent in English. English is one of South Africa’s official languages and all public and government communication is conducted in English.

We’d love to have you! You can enquire or apply here.

A locally curated selection of extra activities are now included across our programs.

Learn to make a potjiekos

Watch a magical sunset at a watering hole

Walk through a prehistoric cycad forest

Sleep in the open bushveld

Read up on our articles

Lemon sharks and their role in the marine ecosys...
GVI